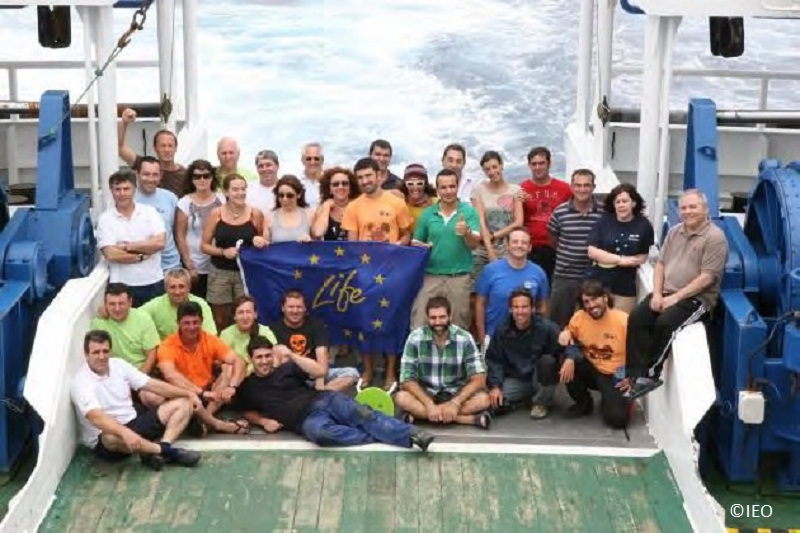 The identification and mapping of biogenic habitats and the characterization of benthic and demersal communities were the objectives established for the INFUECO 0611 campaign to be carried out on board the Miguel Oliver oceanographic vessel between 23 June and 8 July.

The specific objectives were:

The bathymetric survey done in the INCOGEO 0310 campaign in the top portion of the Banco de la Concepción was feasible and was repeated. Sound velocity profiles (SV-Plus) were performed to maintain as much accuracy as possible in the measurements of the probes. Data was simultaneously obtained with the multibeam echosounders, and high resolution seismic reflection profiles were also obtained with the TOPAS PS-18 sub-bottom profiler.

The workstations in the INCOECO 0611 campaign were multipurpose so that each station took a direct sampling of several types of benthos. There were two types of stations according to seabed types. A total of 16 rock dredges ranging from 200 to 1.500 m deep, 22 box-corers between 180 and 1.360 m deep, and 14 beam trawl dredges ranging from 200 to 1.000 m deep were performed.

In order to collect data on macrozooplankton in the first few meters of water from the bottom, which is significant both from a trophic standpoint and due to its interest as a pelagic to benthic transition and vice versa, a total of 37 WP2 plankton net trawls between 180 and 1.380 m in depth were performed.

Thirty CTD stations laid out on four radials (two parallel to the equator on the northern and southern sides of the bank, and two oblique to the NE and SE, crossing the bank) were established so that the effort made in terms of the number of days could cover the potential inward and outward flow of the current as well as the area’s bathymetric variability.

The information gathered during the INCOECO 0611 campaign is being analyzed to produce results. Results on geomorphology, infauna, and macrozooplankton are not yet available, although preliminary results of the benthic portion of the macrofauna and preliminary hydrographic results are available.

The total number of benthic individuals gathered with the two samplers used in the campaign was 13.710, and had a biomass of 27.180 g. It included 225 species belonging to 14 different phyla.

Analyzed by group of captures from the rock dredges, the Porifera phylum clearly prevails in terms of both abundance (46%) and biomass (74%). In both cases, the Demospongiae class attained marks of more than 90% in sponges (more than 99% of the individuals and 95% in weight).

Abundance of individuals was scarce in the beam trawl captures. Here, the Arthropod phylum can be highlighted together with the Crustacea subphylum.

Hydrographic profiles were obtained on all 30 stations, enabling results to be observed in their ensemble and similarities and differences between the groups or subgroups to be established. The behavior of the profiles was observed to be similar for temperature, dissolved oxygen and florescence variables, though this was not the case for salinity variables.

The authors of this report and all of the participants in the campaign would like to thank the Miguel Oliver oceanographic vessel’s crew for their great professionalism and dedication, which were particularly noteworthy in this expedition far from the coast and involving a combination of several samplers.

Thanks as well to the SGM for lending equipment and enabling its use during the expedition on board the Miguel Oliver, to Eugenio Fraile, from the Centro Oceanográfico de Canarias under the Instituto Español de Oceanografía (Spanish Institute of Oceanography), for his advice on the design of the CTD sampling, and to Vanesa Papiol from the Instituto de Ciencias Marinas de Barcelona for her effectiveness and for swiftly sending what was needed for the macrozooplankton sampling. 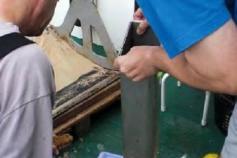 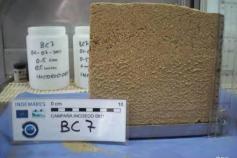 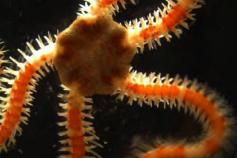 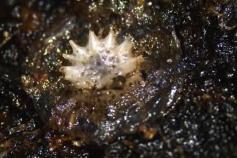 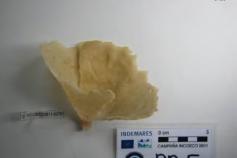 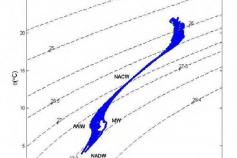