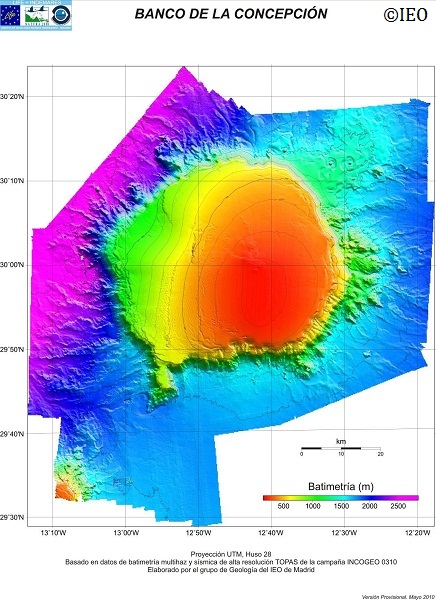 The objectives established to be performed aboard the Professor Ignacio Lozano oceanographic vessel were both a hydrographic study and an examination of the distribution, abundance, biomass and demersal and benthopelagic fauna.

There were multipurpose workstations so that each station could do its own sampling of several types of fauna, including both benthic, demersal, and benthopelagic.

The material gathered with longlines and traps was rapidly identified with the use of a magnifying glass when necessary. Individuals of less common species were kept in formaldehyde.

The information gathered was cleaned-up in order to represent bathymetric profiles in each station.
RESULTS

The most numerous of the captures in the traps in terms of individuals belonged to the subphylum Crustacea, accounting for 63% of the total. It was mainly made up of species belong to the Plesionika and Heterocarpus genders. Nevertheless, this species far from prevails in terms of weight, and accounted for only 5% of the total because their mass is very low. Other frequently found individuals belong to the genders Cancer bellianus and Dardanus arrosor.

The class Pisces, accounting for 21% of the total number of individuals and which clearly prevailed in terms of weight (93%), is the second noteworthy group from these hauls. The most dominant species were the Conger eel Conger conger, the blackbelly rosefish Helicolenus dactylopterus dactylopterus and the two species of the gender Synaphobranchus (S. kaupii and S. affinis).

Of the rest of the groups, only the number belonging to the phylum Echinodermata, accounting for 14% of the total, is noteworthy, though it accounts for merely 1% in terms of weight. Most of these species belonged to the class Echinoidea, and the gender Cidaris can be highlighted, although Coelopleurus and Centrostephanus were also found.

Captures with longlines were made up in their entirety of individuals from class Pisces. In numbers of individuals, the Osteichthyes prevailed, accounting for 59% as compared to 41% for Chondrichthyes. In terms of weight, however, the percentages were the reverse (69% as compared to 31%). Two species of the gender Synaphobranchus (S. kaupii and S. affinis) prevailed among the Osteichthyes, where the two prevailing species were Aphanopus (A. carbo and A. intermedius), the blackbelly rosefish Helicolenus dactylopterus dactylopterus, the mackerel Scomber colias, and the blunthead puffer Sphoeroides pachygaster. Among the chondrichthyes, two species of Centroscymnus (C. coelolepis and C. cryptacanthus), and two of Deania (D. profundorum and D. histricosa), Centrophorus granulosus, etc. are of note.

A total of 30 sampling stations with CTD SB-25 were done in order to report on the hydrographical study of the area, which is to be complemented with information from the los current meters and the ADCP.

The authors of this report and all of the participants in the expedition would like to thank the crew of the Professor Ignacio Lozano oceanographic vessel for its great professionalism and dedication, which was particularly appreciated on this complex expedition where work was done far off the coast and several samplers were used.

Special mention should be made of José Ignacio Santana from the ICCM and Eladio Santaella from the IEO for their help with vessel procedures and logistics. 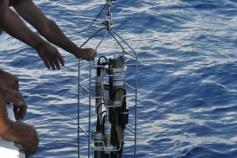 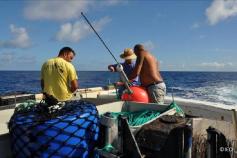 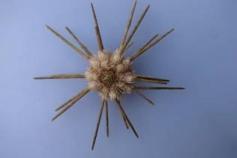 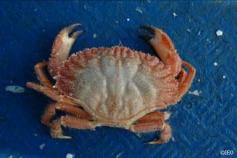 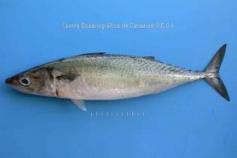