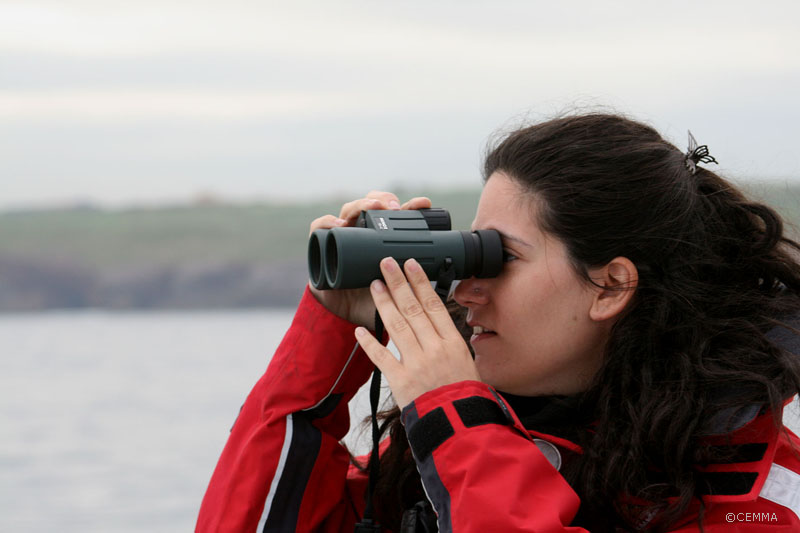 From May 27th through June 1, 2010, a team of 8 people from CEMMA were in Aviles on board the catamaran Gran Bahía II, in order to carry out the first maritime campaign in the Canyon of Aviles 2010, corresponding to the second year of the LIFE+ INDEMARES project.

The methodology used during the campaign was that established during previous meetings of the cetacean study groups who are working on this project. Groups of two people were established in order to carry out the observation, placing one on the right-hand side and another on the left-hand side of the boat, and a third person for collecting data every 20 minutes on the meteorological conditions, position, depth and course. The observation was carried out within a 90º field of vision from the right-hand side of the boat and 90º from the left-hand side of the boat. At the same time, several people were in charge of taking photos of the cetaceans for photo-ID and behavior, and another person made recordings in order to study the behavior.

The design of transects used was the same as in the campaigns from the previous year, consisting of a series zigzag transects that cut, in the most perpendicular manner possible, the bathymetric lines that homogeneously cover the study area. 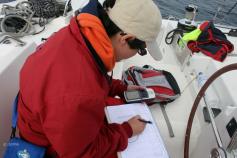 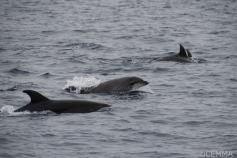