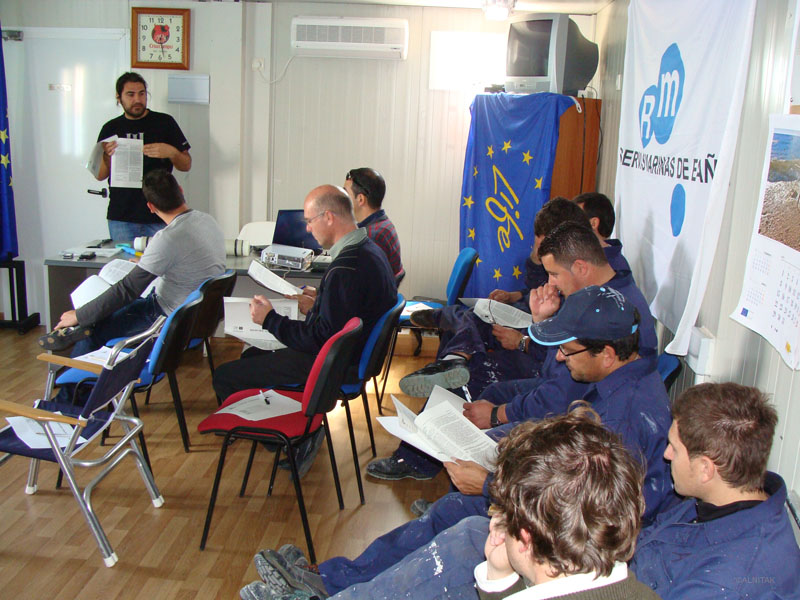 The campaign took place from March 24th to April 7th. As news in this campaign, Alnitak collected data on the sea birds according to the methodology used by the SEO, following that agreed on March 15th in the workshop on sea birds, organized by SEO BirdLife and the Fundación Biodiversidad, in collaboration with the Institute of Marine Sciences, which belongs to the CSIC.

During the campaign, two trips were made to Alboran Island, each for a period of 3 days; from March 27th to March 29th and from April 2nd to April 4th. During this period, an effort was made to cover a total of 184.7 km in the distance between the marine reserve base in Almeria and that of Alboran Island, and a total of 271.2 km in the area of the transects designed.

During this campaign, sightings also took place at the lighthouse on Alboran Island, covering a total of 15 hours of search effort split over a period of two days: March 28, 2010 and April 3, 2010. The results of this campaign were the most fruitful to date, both in terms of the number of sightings and also in terms of the different groups' effective hours of monitoring.

A total of 13 sightings were recorded; 11 common bottlenose dolphins, 1 of which was probably a striped dolphin and another unidentified dolphin. Of the 11 sightings of common bottlenose dolphins, at least two of them may very likely be the same dolphin or groups of dolphins, given that the sizes of groups and the positions are quite coincidental. Approximately 70% of the time that the biologists spent at the lighthouse, they saw one or more groups of dolphins, which indicate a high percentage of sightings in the area.

As for sea birds, in addition to the very common Audouin gulls and yellow-legged gulls, 3 pelicans, 2  Sandwich terns, 1 Barn Swallow, 1 Common House Martin and 1 Lesser Kestrel were sighted. Species that typically use Alboran Island as a stopover during their migratory flights were also sighted, such as: 10-15 Yellow Wagtails, 3 White Wagtails, 2 hoopoes, 1 Black Redstart, 1 Ringed Plover and 1 robin.

The monitoring team at the marine and fishing reserve on Alboran Island placed probes at “Piedra Escuela” last February. Given that for the inspection and anchoring of the acoustic device it is necessary for the staff of the monitoring team to physically dive down with their equipment, the conditions of the sea must be extremely calm, which was not the case during the entire campaign. For this reason, at the end of the campaign, the CPOD acoustic device (a static acoustic device for monitoring cetaceans) was left connected and ready to be anchored when the conditions are favorable for doing so. 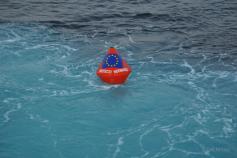