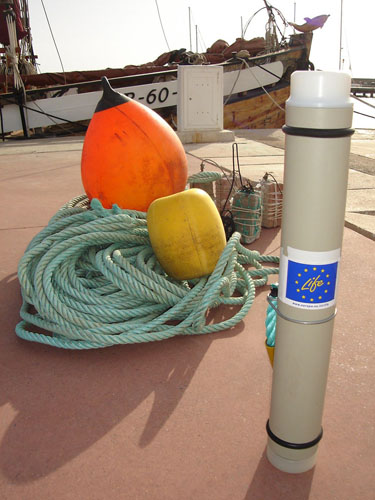 This campaign took place between May 3rd and 12th, but the weather conditions were unfavorable. For this reason there were only three days of sightings from the Riscos de Famara boat.

As in the previous campaign, there were different transects, traveling around 330 km. Different species of cetaceans and birds were observed, especially the presence of a large number of terns.

During this expedition, we were able to start with the cetacean sightings from the Isla de Alborán lighthouse, covering up to a 9 km distance, being able to track the following observed species for a considerable amount of time: common pilot whale, bottlenose dolphin, and the striped or common dolphin.

The weather conditions were more favorable during this campaign held from July 6th to 15th. Nevertheless, the sightings from the Riscos de Famara did not occur in many occasions due to the high work load of the watch crew from the Alboran Island Marine Reserve.

Instead, the sightings from the Isla de Alborán lighthouse increased, and we were able to see bottle nose dolphins, common dolphins, and sperm whales, among others.

An important advance in this campaign is the installation of a passive acoustic device, C-POD, in the lowlands of “Piedra Escuela”, which is east of Isla de Alborán.

The watch crew is in charge of checking the buoy every time the Riscos de Famara boat heads to Isla de Alborán. 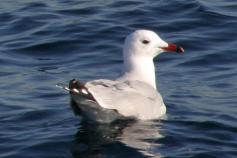 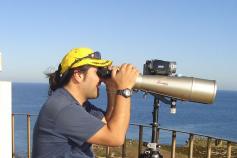