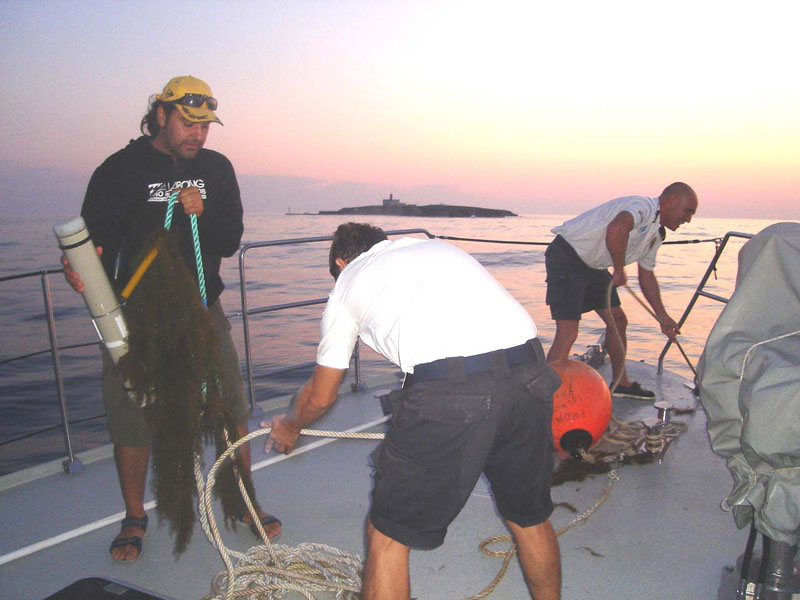 The September campaign has certainly been the worst campaign as regards the weather conditions. During the 10 campaign days (from September 8 to 18), there were optimal conditions during one and a half days for taking samples.

On September 12th, the watch boat “Riscos de Famara” sailed from the port of Almerimar with the research crew towards Isla de Alborán. They travelled a total of 70 km, during which the sightings of cetaceans, sea birds, and turtles were highly satisfactory, recording a total of 13 sightings. Among the observed species, there were bottle nose dolphins, Cuvier’s beaked whales, black pilot whales, striped dolphins, and a large number of birds.

The end of summer and the beginning of fall are seasons when a wide variety of land birds start their migration towards warmer lands to spend the winter, and Isla de Alborán is a place where many of these travelers can rest before continuing with the complicated passage of the Alboran sea. During the campaign, we saw common gulls, numerous species of seagulls, a common swift, a fishing eagle; and we were lucky to be able to see grey herons and marsh harrier.

During the campaign there was only one sighting day from the lighthouse on Isla de Alborán, where 3 sightings of groups of bottle nose dolphins were recorded.

In the July campaign, a CPOD acoustic device was placed in the lowland of Piedra Escuela. In early September, the island’s watch crew detected that the buoy with the device was not in its place. After a thorough search, the CPOD device was found 2.5 miles west of its initial position, probably dragged by the strong storms.

The data registered when the device was anchored is currently being analyzed, and we are working on a more robust anchoring system to prevent that the winter storms move the future CPODs from their anchored positions. 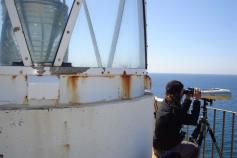 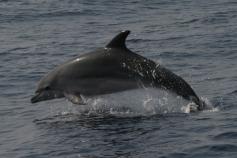