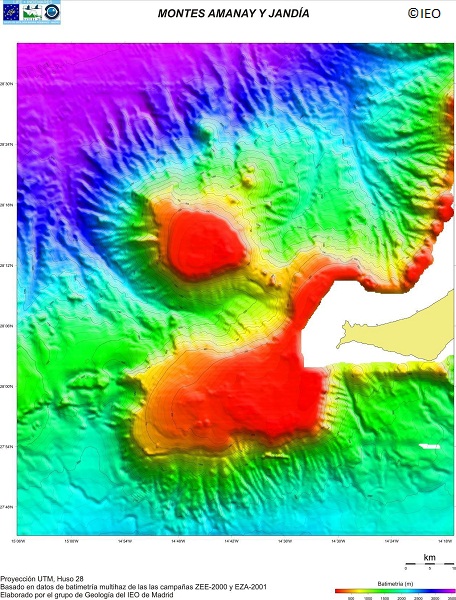 Between October 29th and November 3rd, the Spanish Institute of Oceanography (IEO) once again got on board the Professor Ignacio Lozano oceanographic vessel to fulfil the goal set for this campaign, known as INFUECO 1010, and perform a hydrographic survey of the area.

The specific objective was to obtain depth profiles for the temperature, salinity, dissolved oxygen and florescence variables.

Based on the morphosedimentary information available (from the Proyecto ZEE, IEO geology group in Madrid), 36 stations set out in six radials running parallel to the equator from the north of Amanay to the south of El Banquete were established so that the possible current inflow and outflow could be monitored as well as the bathymetric variability of the area in the number of days available.

The modular system comprises a central computer, a CD-ROM unit, a monitor and a control panel. It enabled electronic mapping to be used for navigation and met all of the required standards for electronic navigation. The vessels’ actual position is shown on the electronic nautical map based on information provided by the navigation sensors. The vessel can thus be observed vis-à-vis any navigation events.

For sampling manoeuvres, the navigation system was complemented with Pescawin (2009, F. Sánchez, IEO Santander) monitoring of the manoeuver.

The hydrographic sampling was done with a CTD SB-25 equipped with conductivity, pressure, temperature, oxygen and florescence sensors.

A total of 36 sampling stations with CTD SB-25 were made available in order to produce a report on the hydrographical study of the area. This report will be complemented with the current meters and an acoustic Doppler current profiler (ADCP).

The authors of this report and all of those participating in the campaign would like to thank the crew of the Professor Ignacio Lozano oceanographic vessel for their great professionalism and dedication, which was of particular importance in this complex campaign where work involved a combination of several samplers and was performed far from the coast.

Special mention should be made of Mr José Ignacio Santana, from the ICCM, and Mr Eladio Santaella, from the IEO, for their help with procedures regarding the vessel and logistics. 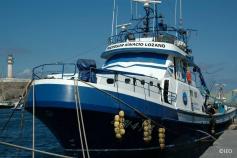 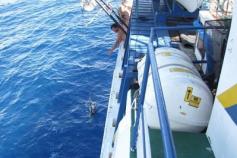