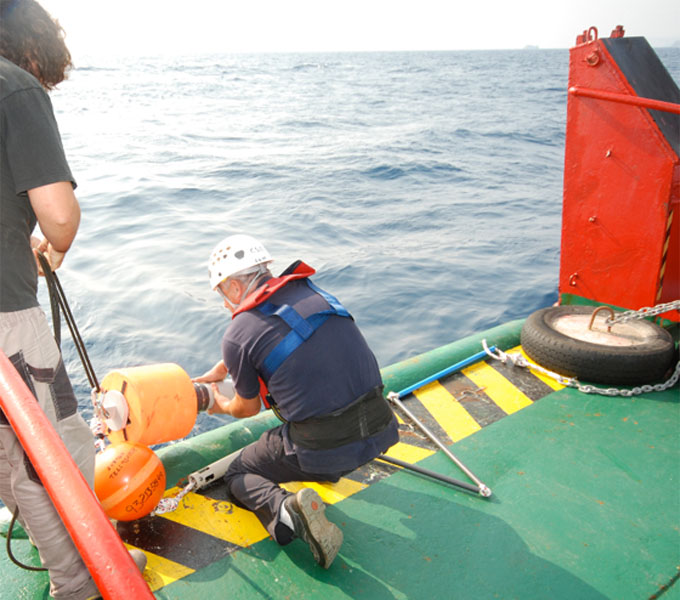 The bonanza allows us to continue with a frantic rhythm onboard. We have less time, and we can not loose the chance of getting further knowledge about some of the areas that may be the reason for protection in an immediate future.

We start the day submerging the ROV in the area of the crinoids shoals. The boats drift pulls us away from the area, and after prospecting and filming a sedimentary bottom during almost an hour, without even seeing a crinoid, we decide to pull the ROV from the water and return to position. It was the right decision since the second immersion places us above the crinoids shoal, and presents us with some fantastic images. The difficulty in finding different areas in the platform is consistent with the heterogeneity in the spatial distribution of the populations and communities along the continental platform. It is as if the bottoms were patches with areas very rich in species, with some of them creating a vertical structure, such as the crinoids, gorgonians, or coral, while others are poorer. The latter may be due to a sedimentary contribution that had clogged the bottom, or that have been cleaned by the fishing activity. When after a while we can see deep marks in the sediment, as if run by a bulldozer, we start to think that anthropogenic action is most probable as opposed to natural causes, which has created this bottom patching. Anyway, we still have a lot of work ahead, studying the videos to corroborate this first impression.

The day continues by taking samples in the water column with the CTD probe and the hydrographic bottles, and collecting sediment samples with the Van Veen dredge. The latter are collected at depths of 420 and 320 meters within the canyon. Everything goes smooth at the first station, and the dredge also brings us an interesting surprise. In the mud there are some colonies of white coral that may have been buried for some months or years. We go to the foot of a wall where there is, or was, live coral, and which fell to the bottom. The other station brings us problems, like the ones from the day before, since it is a gravel bottom (remains of sea shells and other organisms), they prevent the dredge to close well, and forces us to continuously repeat the operation, until in the end we give up after collecting a barely representative pair.

Already tired, we decided to take some relax time in order to decisively face the last hours of the campaign. The satisfaction is reflected on everybodys faces. The campaign has exceeded the proposed goals, and we still want to increase the observations. A campaign like this, with the people so well prepared onboard, despite the youth of some of them, with Gavin, the excellent crew as always, and unexpected weather, will not be repeated in a long time. 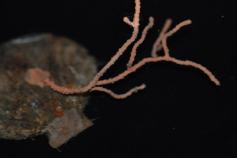 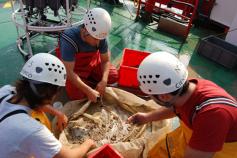